The Fugitsu GM-6932 or Norsat 4000C is one of the newer low noise block down converters or LNBs. To convert the 4000C into an LNA requires both circuit and hardware modifications. The only components that are needed are the voltage regulator and the two transistor amplifiers. The oscillator, mixer, filter and IF amplifiers are not required and must be removed or disconnected. The F connector on the LNB carried voltage and the IF output. This LNB has two tuning screws which are removed. Tuning is done on the waveguide to SMA adaptor.

As seen in the third photo, the regulator is mounted under the circuit board and attached to the case. The two amplifiers and the filter run down the center of the board and the oscillator is the small puck below the two amplifier stages.

The F connector pin attaches to the left side of the PC board. 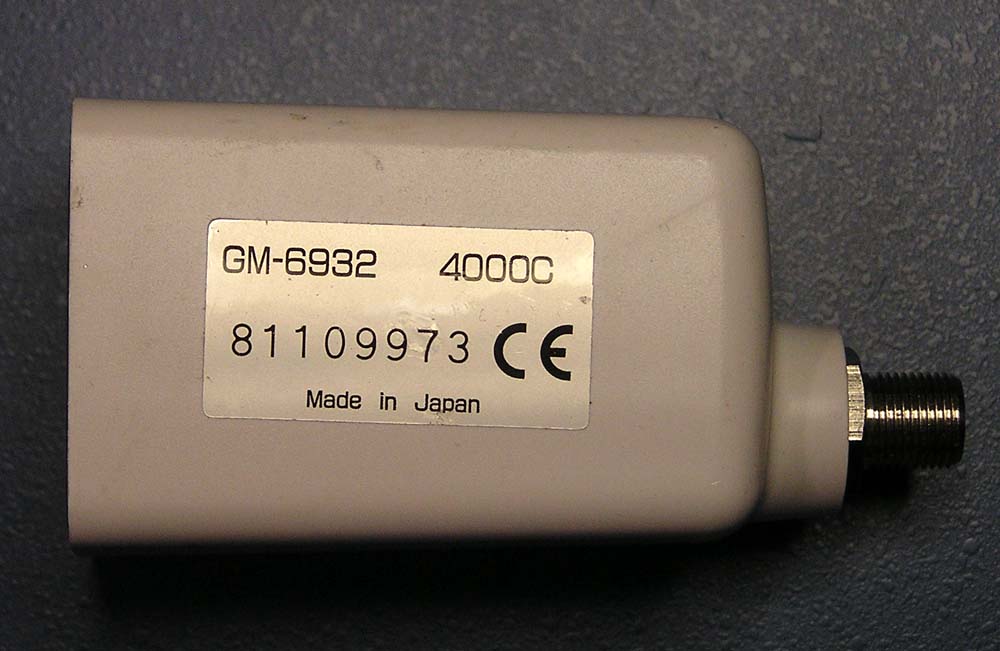 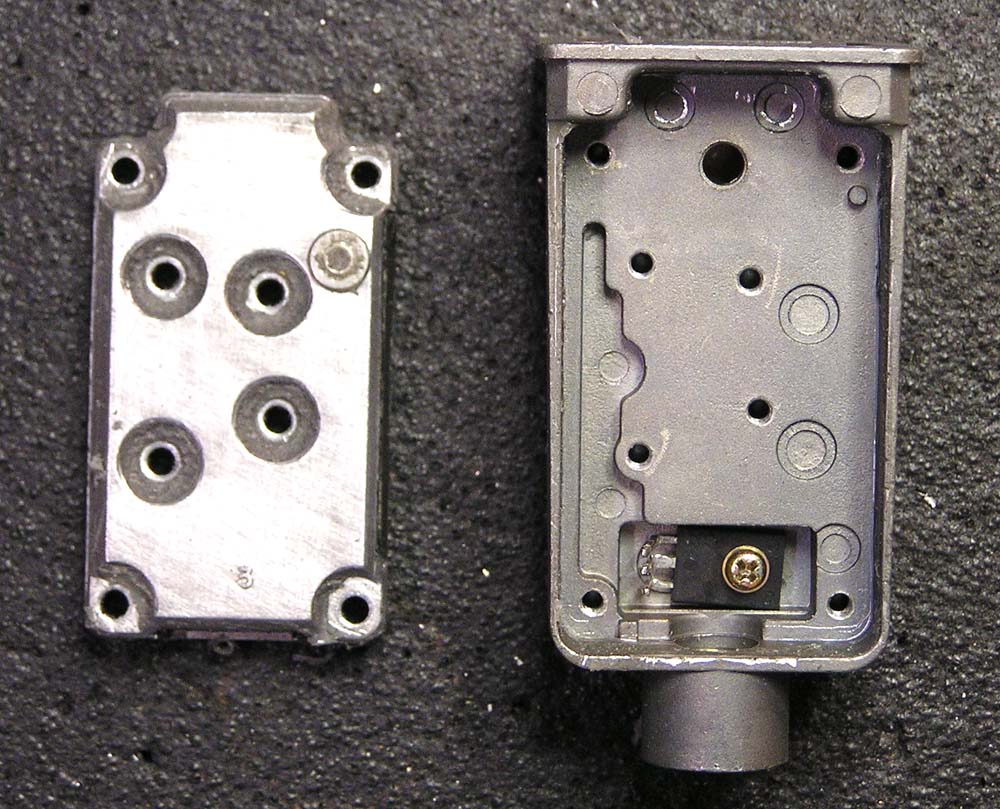 The PC board is only held on by being soldered to the F connector and the three pins of the regulator. Once unsoldered, the casting and the PC board can be modified. 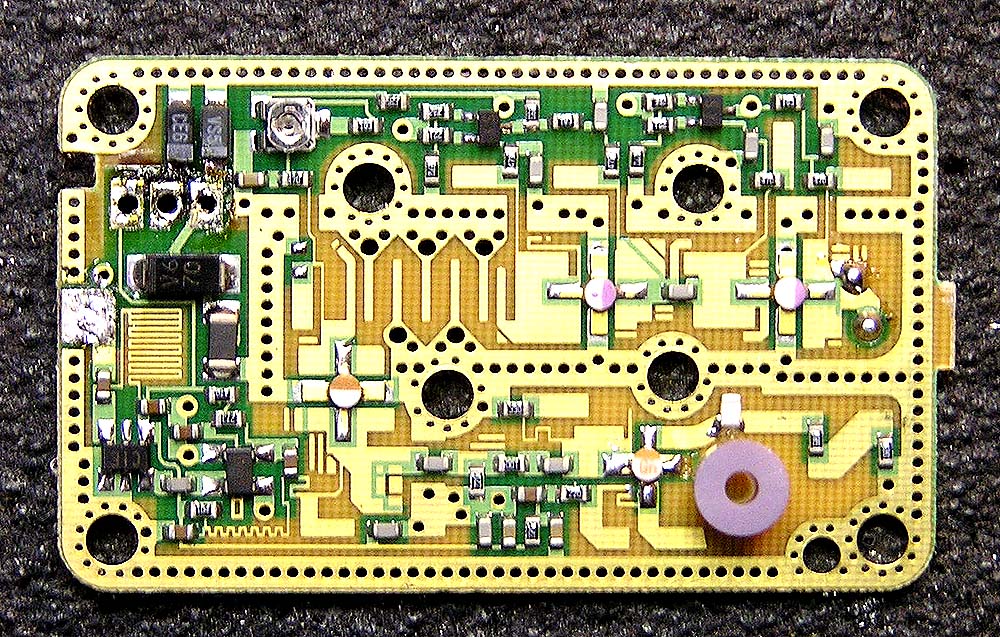 The traces of the filter section are removed with scrapers. The trace by the regulator is cut to disable unused circuits. This reduces the power drain to 25 ma. One of the caps may be saved and used as the blocking capacitor. A small hole is drilled near the output stage. This is used to mark the placement for the SMA connector. The hole is enlarged in the case for the SMA insulated shaft. Additional ground material near the hole may be removed to give better placement for the SMA. Two 2-56 holes are drilled and tapped to mount the SMA connector. The hole in the PC board is enlarged to the size of the SMA pin and the area around the underside of the hole has the ground plating removed using a small drill. The oscillator "puck" may be removed, but it isn't necessary. 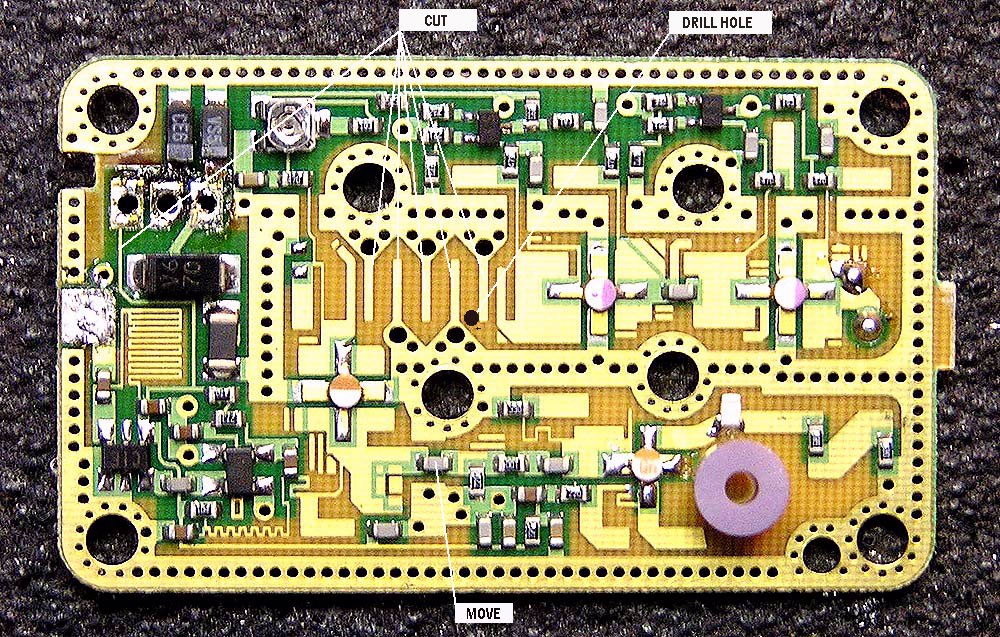 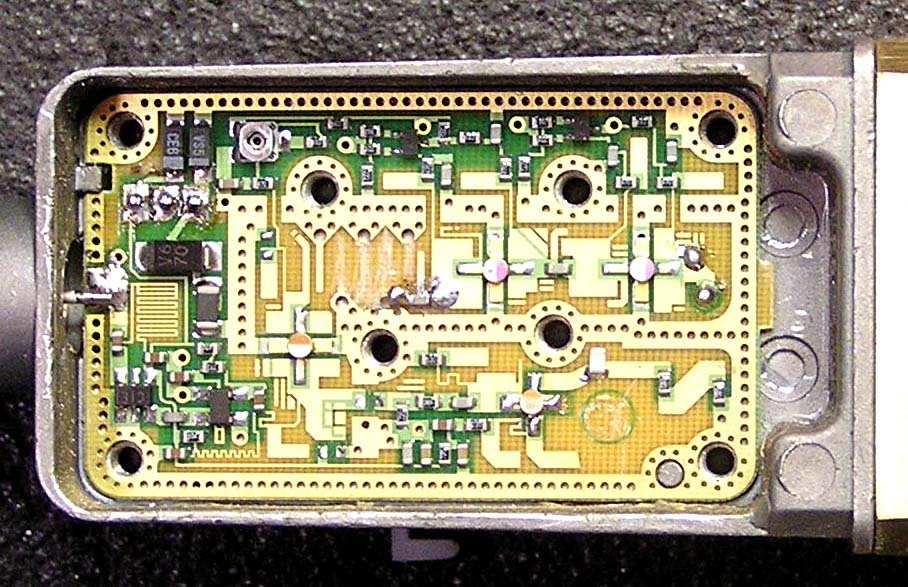 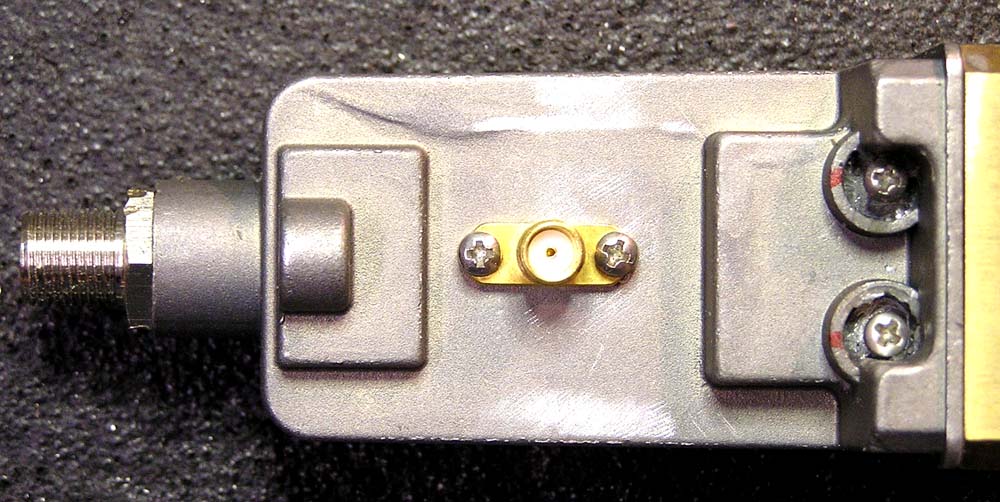 The blocking capacitor is soldered between the SMA pin and the edge of the amplifier output trace.

The unit is ready for testing once a WR75 transition has been provided. A suitable transition is described here.