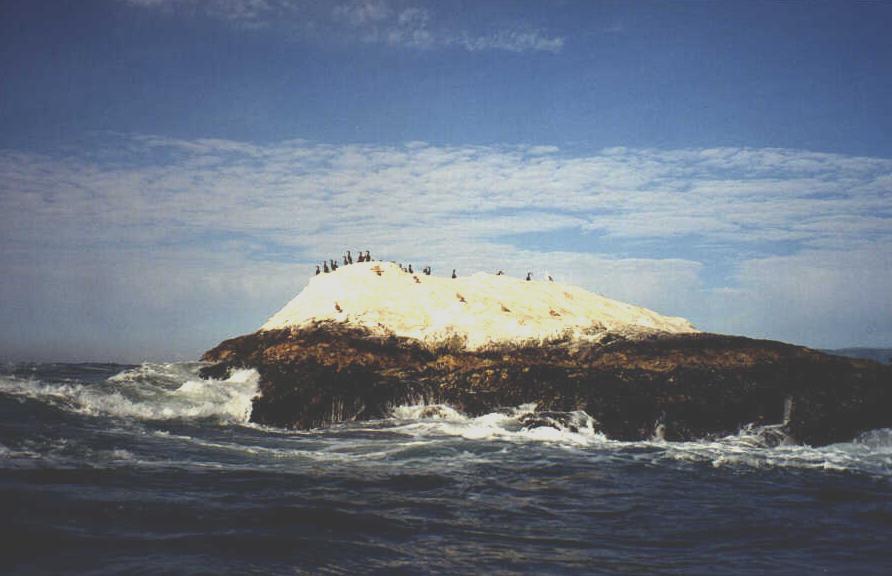 White Rock is located between Pismo Beach and the Port of San Luis Obispo along the California coast. It is about 600 meters off the nearest land. 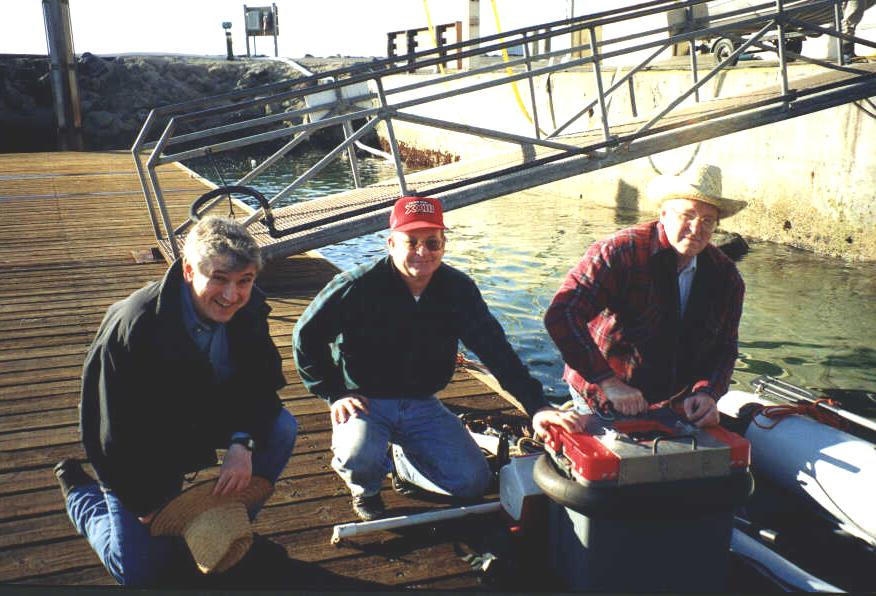 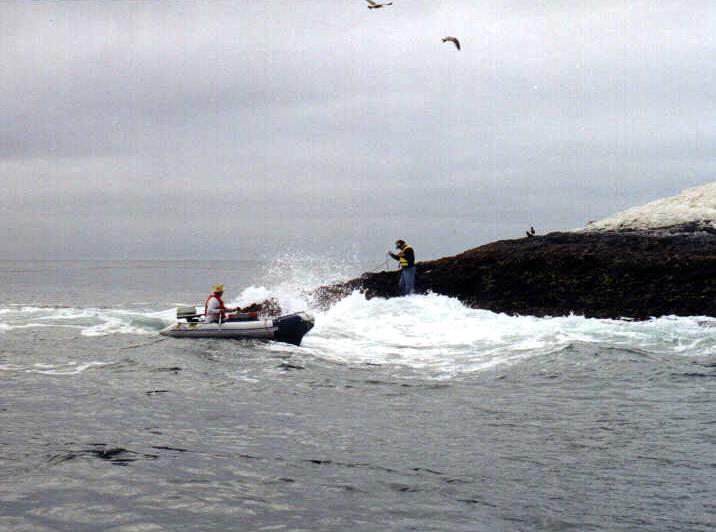 The equipment used on this operation was designed to be floated into the rock in average swell conditions. A 6 foot swell was too much and Ray Benny and I had to pass the equipment by hand in the rough waves. 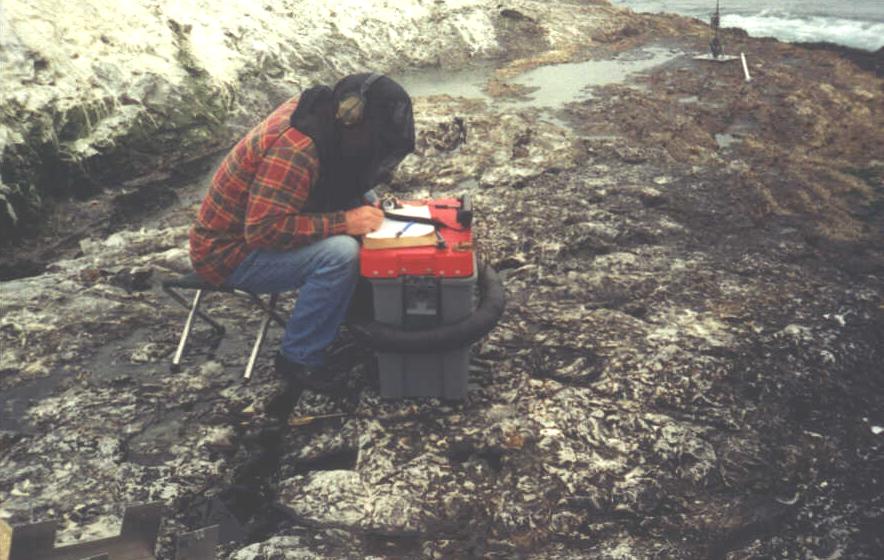 The flies on the rock are a real pest and Ray has a net over his head to keep them off. It was a great idea. 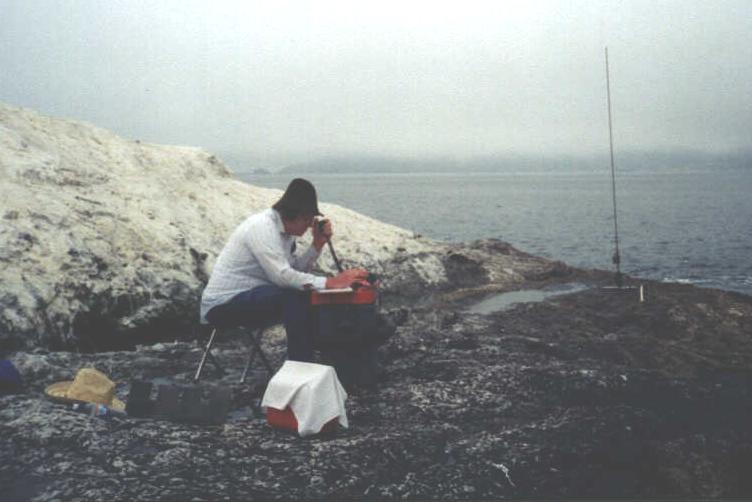 The equipment "pod" acts as a table and the transceiver and battery remain with the box. The control head and key are mounted externally when the pod is set up. The antenna is about 30 feet away and has 6 radials that are on wind up reels. 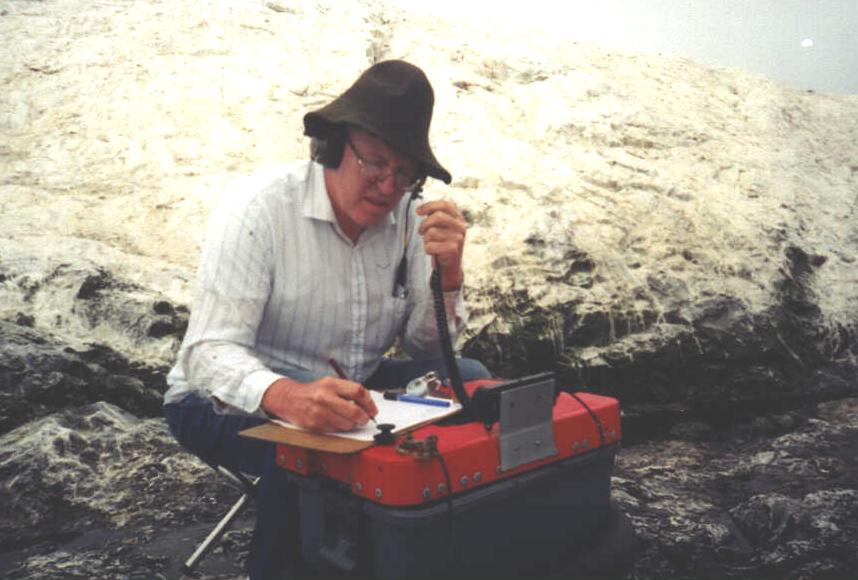 The only thing I had that was dry was the hat that served double duty as a rag. The flies don't bite, but seem to like the taste of blood. 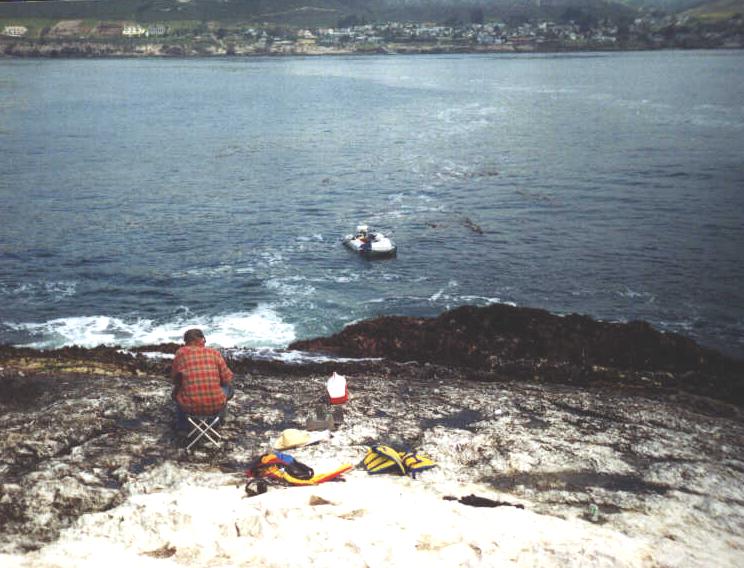 We kept our distance from the birds, but when they went fishing, I went to the top of the rock for a better view. Someone on the opposite cliff noticed us on the rock and called in the Harbor Patrol for a rescue. They knew we were out there.

An account of the first White Rock Operation can be seen at: WHITE ROCK, NA-187