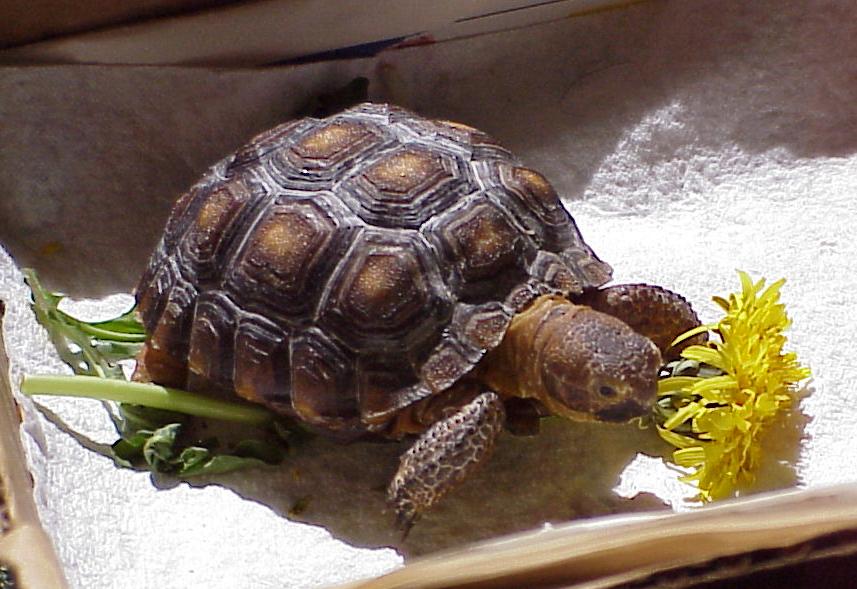 George Junior is the first born son of George the California Desert Tortoise I have had for about 60 years. In 1997, we found him a mate and he seemed to know what to do. Junior was the only egg of the clutch that hatched successfully. Here, in the summer of 1999, he was a year and a half old and loves to eat dandelions. As the sex of tortoises is not evident for several years, he may be a she. Because the eggs were a surprise, Felice Rood of the Sacramento Turtle and Tortoise Club, volunteered the use of her incubator and babysat Junior for his first winter.

In the summer of 1998 a new clutch of eggs was laid, and in the fall, the twins hatched. I built an incubator out of an old styrofoam ice bucket and bought a thermostat to control the temperature. As soon as they were hatched they were running. In a few days I introduced George Junior to them, but he tried to bite one. When this picture was taken, I put Junior in with them again and this time one of them bit him. Children! 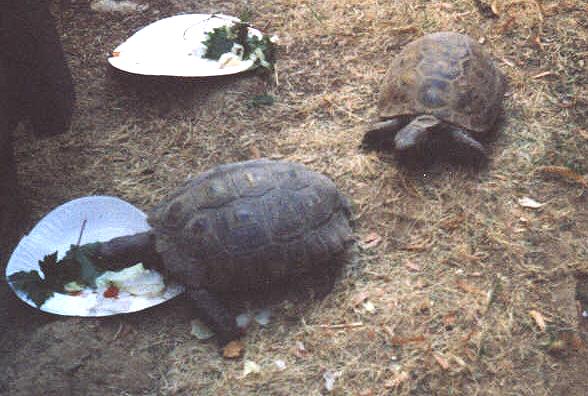 Its feeding time in the tortoise pen and mother is straight to the food. Papa George knows that there are more important things to consider than a salad for lunch.

The 3 younger tortoises get along well and sleep inside at night. They enjoy playing outside during the day but have never been able to learn to parallel park.

New eggs were layed in 2000 and now 2 clutches of eggs are layed each year. I have documented the egg laying, incubation and hatching. Go to egg laying for these pictures. 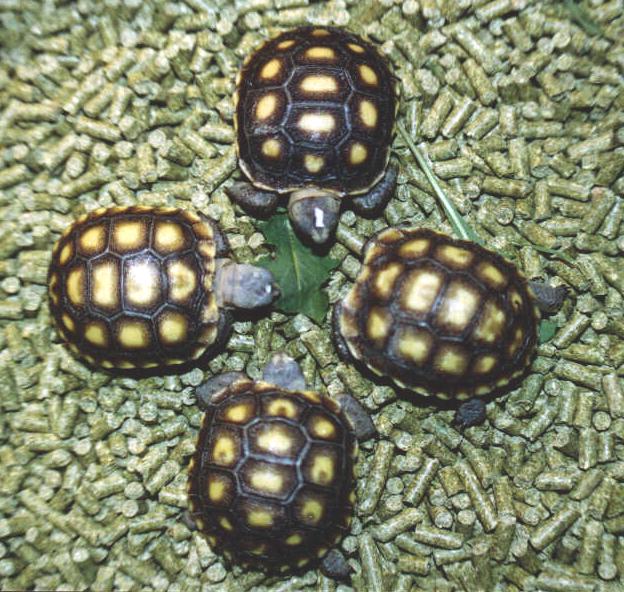 These four were born hungry and eat dandelion, kale and fruit. Rabbit food is used as a litter and they like to dig around in it. They have a heater under the box and small metal houses to hide in at night 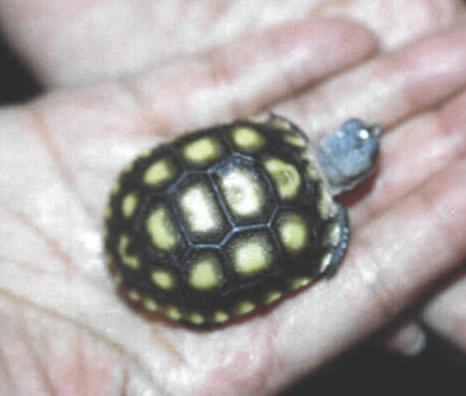 As soon as they realized that a hand ment food, they will run to your fingers with their mouths open. They were spoiled on bits of apple.